History of the County of Ponta Delgada

A historic Perspective of the city of Ponta Delgada

Ponta Delgada was elevated to the status of city in the reign of King João III, according to the royal charter of the 2nd of April, 1546, after the first capital of the island — Vila Franca do Campo — was devastated by the terrible earthquake of 1522.

History celebrates the 19th century as the golden era of Ponta Delgada as a city and São Miguel as an island, deriving from the economic prosperity of the orange trade to the United Kingdom and the cosmopolitan profile granted by the settlement of foreign merchants, namely Jewish families, from 1818 onwards. The taste for anything English was, then, quite patent in the creation of gardens following the Romantic style — the António Borges, José do Canto, Jácome Correia and Viscount of Porto Formoso (nowadays the University of the Azores) gardens are a living proof of that tendency. But other aspects, as the building of lovely small palaces, the prohibition of having animals roaming the streets, the opening of new streets, the placement of the public cemetery in the north end and the fish, cattle and fruit markets in the periphery of town contributed to this progressive beautification of Ponta Delgada.

Thanks to the mercantile activity, Ponta Delgada was, then, regarded as the third city in the country in terms of wealth and number of inhabitants. Let us remember, for instances, how surprised poet Bulhão Pato was, as his letters show, with the extraordinary wealth of the orange farms owners — the gentlemen farmers — lords of the land and of the urban soil speculation, orange and corn exporters, bankers and usurers, industrials and ship-owners, who turned the emblematic and symbolic investment of the space into a privileged means to state their economic status and social reproduction strategy.

At the beginning of the 20th century, Ponta Delgada was still in eighth position in the Portuguese urban universe. During the last decades, however, urban growth in Portugal, as a result of the rapid industrialization and the loss of importance of the rural economy — as in the developed world since the beginning of the 19th century — contributed not only to the increase in the number of cities, but also to the urban population; in that sense, Ponta Delgada, based on the criterion of the number of inhabitants (less than fifty thousand inhabitants), was pushed down to the ranking of small Portuguese cities.

However, Ponta Delgada has never ceased to be the first of the archipelago for the wealth it creates, the number of inhabitants, the valuable heritage, the cultural importance and the cosmopolitan profile. 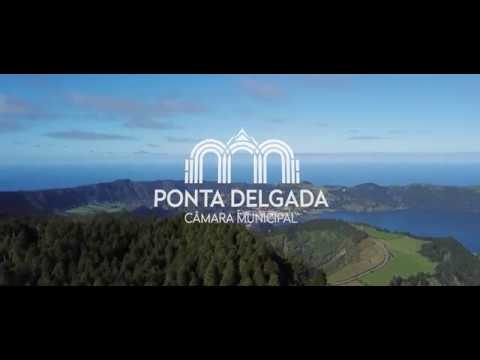